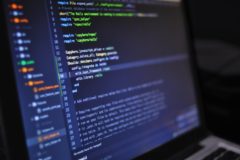 Software testing tools are computer-based programs, mainly used by software developers. These tools are designed to create, maintain, debug and support other applications or programs related to web development. Testing tools work for the basic simple programs, that can be compiled together to achieve a task.

It allows the tests to run against most modern web browsers. Selenium can be used on Windows, Linux, and MACos platforms. It is free of cost open source software, released under the Apache 2.0 license.

Selenium supports some of the largest and most popular browser vendors. These browsers make selenium a part of their browsing page. Selenium is the base for most of the software testing tools and applications.

Testing-whiz is a codeless automation tool for web, mobile, software, database, cloud, API testing, and other web services. This tool is built upon a strong architecture compiled with Automation Engine. It has a short learning curve that promises to take your test automation to the next level. TestingWhiz works with codeless scripting that is provided by CMMi level 3 IT services named as Cygnet Infotech.

It has the important features like object eye internal recorder, risk-based testing, it provides integration using bug tracking tools such as Jira, FogBugz, and Mantis. This software testing tool has a special feature of continuous and delivery integration in agile cycles with test management tools like HP Quality Center. It uses inbuilt JavaScript and provides 290+ inbuilt testing commands.

It is free of cost and approachable to use software. This testing tool works well with Mac, Windows, Linux. It is getting popularity among software developers, this testing tool is going to be really popular in 2018 among developers.

Katalon studio is a desktop application tool for automation testing of a web application. It has important features like easy to use interface, object repository and it is also free of cost. It fully supports web, iOS, API, Android and all other operating systems. In addition it has features like tool integration, integration with Jenkins, GIT, and Jira with native plug-ins.

This testing tool has also a feature of data-driven testing and provides with comprehensive reports generation. It uses programming languages like Groovy and Java. Katalon studio is a cross-platform tool which transforms your manual testing into automation that requires slightest program background.

It is the most effective software programming tool and various software companies use this tool for testing their software programs. This tool is more likely to gain great importance in the year 2018.

HPE Unified Functional Testing (UFT) is a software testing tool, it is also popular as HP Quick Test Professional (QTP), developed in 1998, and it supports Windows. It provides functional and regression test automation for the software applications. UTF supports scripting as well as keyword interfaces and also the graphical interface.

It has strong partner network and uses the visual basic scripting edition (VBScript) that is a scripting language. This language is mainly use to specify a test procedure and to manipulate the objects and controls of the application under tests. This tool also provides back-end service testing.

It uses cross-sectional program software that helps to transform manual testing assets into automated ones, it also works with Agile development cycles. UFT allows testing through multiple machines and devices and increases support for mobile and new browsers. It is a paid tool and its cost starts from $600 per month. UFT is a complex tool and needs proper training to use it.

Watir is a web application testing, open-source tool for automating web browsers. It uses chrome, Firefox, internet explorer and opera. Bret Pettichord and Paul Rogers are the names behind Watir. Watir project is a combination of several smaller projects. The most important projects are watir-classic, watirspec and water-web driver.

It offers features like cross-browser testing, compatibility with business-driven development tools such as RSpec, Cucumber and unit/test. Watir has a special feature of test any language-based web application. It also allows testing web page’s buttons, links, forms, and even their responses.

Watir is a complex tool to use and it needs proper training to use it, it is free of cost. It works perfectly with Windows, Linux, and OSX.

Ranorex studio is a testing tool that uses GUI automation; this tool was provided by Ranorex GmbH, a software development company. The testing tool provides various testing tools to test web, mobile, and all desktop applications. It has desktop client applications like HTML, HTML5, Javascripts, Ajax, Flash, Silverlight and Flex.

Ranorex Studio also supports cross-browser testing for internet explorer, firefox, chrome, and safari. It provides features like GUI recognition, reusable test codes, bug detections and integration with various tools. It is a paid tool and its plan starts at $2290 per month.

It allows efficient testing for GUI and API from a business perspective. Two of the main technologies used in the tool are mainly related to model-based testing and risk-based testing. It has special features like plan and design test case, test data provisioning, testing mobile applications, integration management, and risk coverage. The pricing for this tool is custom based.

With the technology advancements, use of software tools has emerged and it has improved and changed the use of software tools drastically. One of the major changes has happened, in programming tools, as these tools and techniques are most crucial for developing various applications and supports IT industry with the great level.