Top programming languages to look for in 2018 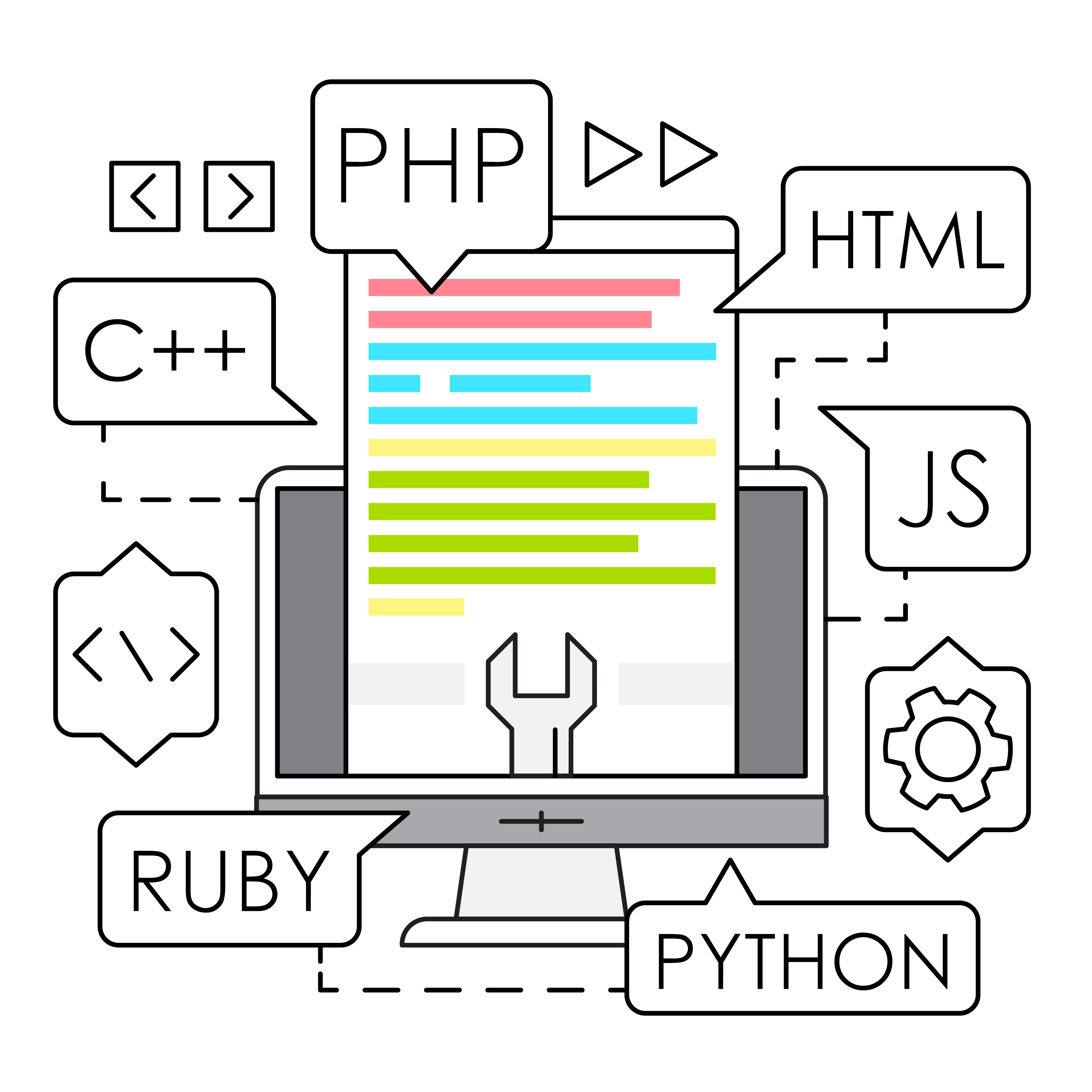 Javascript is one of the most useful languages and enjoying its popularity even to this day. This is the most cross-platform language and allows developing web, mobile, and desktop apps. It has several convenient and flexible libraries. Its most popular libraries include React.JS, Angular JS, and Vue.JS. Javascript provides much of the functionality and improves useAngular JSrs’ interface you see and use on the internet. Javascript has powerful frameworks and libraries that can turn JavaScript into a full front-end development solution.

The javascript frameworks or libraries like ReactJS, VueJS, and AngularJS are very important to understand and can give the huge edge to the developers who are well-known of these frameworks. Javascript is highly in demand since the day it launched for the first time. Almost 80% of developers and 95% of all websites use this programming language for the dynamic performance on their websites. React and Angular are front-end frameworks for javascript and have a great scope as IoT and mobile devices become more popular. Javascript is one of the top ranking programming languages in the year 2018 due to its dynamic nature and useful frameworks.

Python first appeared in 1991. This language is enjoying popularity even to this date. Python is most easy to understand, simple and developer-friendly language. This application is versatile and developers use it in various apps. Python has simple and object-oriented structure. Over past years, Python has proved to be the most dynamic language and gained surprising popularity among developers and programmers. Python is an incredible language and it has used to learn and understand machine learning and data science. It is simple as well as high-level language and enables fast tweaking and prototyping for machine learning algorithm.

Python is gaining a lot of interest of young emerging developers as it is easy to understand and learn a language. It has a special feature of convenient code structure that makes it very easy develop a project and further support that project. It is the general programming language that is used as the support language for software developers and web development applications. Python is drastically used in data mining, scientific computing, and machine learning. this language is going to have huge success in 2018 as there is an increase in demand for machine learning. Python supports two versions Python 2 and Python 3, both versions are quite different and provide different functionalities. Both of the versions are dynamic in easy to use. Python seems to carry a great scope in the year 2018.

Java is one of the most popular programming languages for over a decade. Most of the names companies use this language for their backend. Almost 15 billion devices and over 10 million developers worldwide use Java. Java is very useful in creating Android apps. Java requires a lot of code work in order to take out some results. This programming language enjoys a lot of popularity among financial and banking industry. This language provides efficient speed and safety and that’s why it is appreciated in the market. However, Java is quite difficult to understand and learn especially for the beginners.

It is able to run on any hardware and any operating system through the Java Virtual Machine. Java is base of all android apps which means that all Android apps are developed in Java. It has different versions and java enterprise edition 8 and Java 9 are the latest versions released in 2017. This language is helpful in the creation of android apps, games, software development, and website content. This language has a great scope in the year 2018.

Php is the most popular programming languages among developers. According to the recent reports, almost 240 million websites use PHP. PHP has great flexibility, performance, and functionality. It can be used for small, medium or even large business websites with an immense load. Php provides high security and it has numerous frameworks and libraries to help its users. WordPress works on PHP and WordPress is used by almost millions of developers to create the great functionality of the website in the really low budget and less time.

Php is a scripting language and used on the server side. Php provides more functionality than HTML. It is also used to interact with MySQL databases. PHP is one of the most popular server-side programming languages. Php is mostly working as the foundation of Content Management Systems (CMS). It is used in the development of WordPress, Facebook, and Wikipedia. The latest version of this language is PHP 7.1. PHP is very easy to understand for the beginners and it has numerous advanced features well-suited for professional developers. This language helps with the content-based sites and is appropriate for small or medium-large business sites. Php is gaining success since recent years and is going to keep up the great scope in the year 2018.

Ruby on rails is one of the most favorite languages’ of programmers. It is a language of very high-level. This language is dynamically imperative object-oriented. Ruby on Rails follows a very simple and clean syntax. This language used in web development in conjunction that works with the Rail framework. Ruby on Rails provides a great scalability and excellent maintenance. This language is well-suited to develop complex e-commerce platforms. The new version of this language is ruby on rails 5.0 version and it incorporated with a lot of features to build web apps more fastly and quickly.

Ruby on rails is popular among many businesses websites and developers. The most namely business websites using this language are Airbnb, Twitter, Basecamp, Hulu, and Shopify. Developers must be well-known of javascript as it is needed to use when working with the advanced levels of ruby on rails.  Ruby on rails is considered to be most fun use and friendly language to use by the developers and it has a great scope in the year 2018.

The typescript was developed by Microsoft and it a just short period of time it gained a lot of popularity. This language is based on javascript and it very flexible and productive programming language. Typescript is statistically typed language and it has various features. The latest version of the typescript is version 2.1 that is having several features of javascript with optional static types. It works efficiently against bugs in your code and typos. The interest of typescript amongd=s the developers and programmers are increasing.

It is not very difficult to learn and understand this language. Typescript offers a useful guide to learn their language in a very short period of time. Microsoft also offers an online course for learning the typescript hosted on edX platform. Typescript is gaining a lot of popularity and this language has a big future in the year 2018.

This language has several features including the most common features like functional programming, extensibility and DSLs, interactive development, and erlang compatibility. various developers and programmers use Elixir. It provides the learning resources on its official site page. These learning resources include screencast, video content, and books. Various most popular websites use the elixir, like, Pinterest, Moz, and Bleacher Report. Elixir is going to gain more success and popularity in the year 2018.