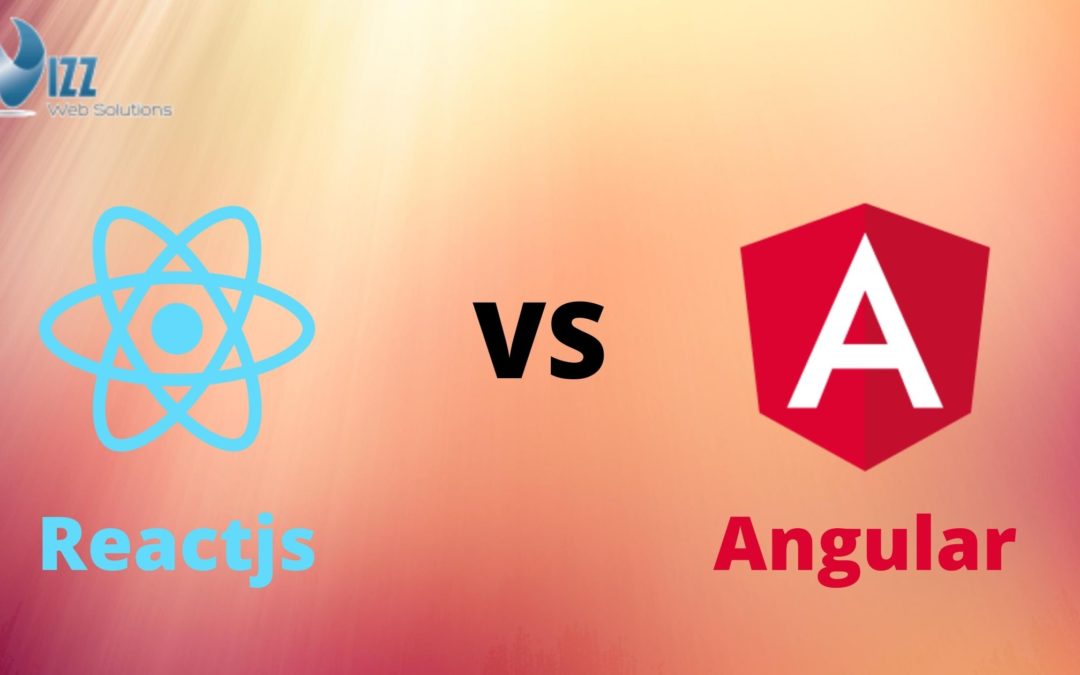 Reactjs vs Angular: Frontend development is a critical aspect of the web development process. Picking the right framework is crucial for getting the desired results. Essentially, the tech industry is brimming with innovative and up-to-date javascript frameworks.

However, the options need to be meticulously looked into before you make the choice. Here we will discuss two of the most popular JS frameworks in detail against each other i.e Reactjs vs. Angular.

Both Reactjs vs. Angular platforms are efficient and impressive. Our clients consistently ask us to suggest the best one for their projects. Therefore, we are creating this guide to help everyone select the best platform for creating applications.

Jordan walk is the founder of Reactjs. It was released in 2013. The DOM (Document Object Model) is virtual for this library. The direct linking of states to the user interface is a feature in terms of dynamic UI (User Interface) binding. Reactjs has one-way data binding. The learning curve is moderate. This javascript is best for large web applications with variable data.

This framework made appearance in 2009. Its founder was Misko Havery. It employs real DOM  for loading web pages. The dynamic UI binding is at the plain object or property level. The data binding is two way. The learning is steep. Subsequently, Angular is best for building increasingly active and interactive web applications.

The architecture of any technology shows whether they are built on Angular or Reactjs. It is an excellent point of Reactjs vs Angular comparison. So, here we will explain this in detail.

This library is responsible for ‘view’ in the Model-View-Controller (MVC) framework. Reactjs performs the function of rendering. It takes the written code for every aspect of an application and renders it.

You can simply put Reactjs to work for your existing software applications. It contains small pieces of code that you can update along the way. It won’t transform the architecture of the system. Hence there is a great deal of freedom in the development process while working with Reactjs.

Angular is responsible for the whole front end development with the Model-View-Controller framework. Unlike React, it molds the structure and architecture of software applications. If you develop an app using Angular than it can only be modified using tools that angular provides. It doesn’t offer the kind of flexibility you can enjoy with Reactjs. So, Angular defines the architecture of the app.

You can identify a development technology by looking at its template. Both Reactjs and Angular use different templates.

It uses JavaScript XML or JSX template. You can create an efficient interface with JSX which is a Javascript extension. This template employs HTML-resembling syntax. A developer can shape components through a combination of code and markup.

With the help of the JSX, React code becomes easy and simple for understanding. A person with good command over Javascript can conveniently use it for building applications.

It uses advanced HTML templates that use ng-if and ng-or directives. Only a person with excellent command over HTML syntax can write code in Angular. You can write in-line templates or incorporate external templates through URLs in the Angular. Nevertheless, sophisticated Angular directives require time and effort for leaning.

Data binding in computer programming is a technique of binding data sources from consumers and providers together. It synchronizes them both. In both Angular and Reactjs data binding is different.

Reactjs uses one-way data binding. The developers can nest child component to parent component. The one-way binding also lets you do extreme manipulation of data. Moreover, code is stable and you can easily debug app that is built using Reactjs.

Angular provides next level synchronization between elements. It provides two-way data binding. Hence two layers are updated with the same data. The HTML layer is bound to the model variables. Furthermore, changes are made in display and backend at the same time. This doesn’t demand any extra work from the developer side for creating an interactive interface.

Reactjs is easier to learn as developers don’t need to fall in complexities. Using props for configuration and writing components along with the management of internal components are the initial skill set for this library. Afterward, you are good to go for app building.

Angular is a dynamic framework. It involves some complexities in the start. In the initial stage, developers need to learn modules, directives, dependency injections, services, and components. To compare it with Reactjs, Angular’s learning curve goes higher.

The performance of a framework ultimately defines its usability. Here is Reactjs vs. Angular from the lens of performance:

The simplicity and reusability of components optimize coding practice. Reactjs is very flexible. It lets developers reuse simple to complex components. It maximizes productivity in the development phase of projects. Additionally, the performance of the app at every level is consistent.

There is room for improvement and maintenance of code quality with Reactjs.

Angular’s performance is also good in terms of coding practices. It resolves complexities by offering flexibility in multiple arenas. For instance, if an app doesn’t require two-way data binding then you can use the older angular version to get along with it.

Angular also has a cache factory to offer. It can be utilized for the recalculation of data at a later stage. A world-renowned payment gateway PayPal uses angular as its framework.

Reactjs and Angular both are excellent programming tools. You can choose either of the two in light of your needs. For starters with little experience, Reactjs is excellent as it is less complex. However, you might encounter difficult tools in the subsequent phases. Reactjs is loved by developers for its flexibility.

Woking with angular may seem difficult to begin with due to unusual syntax and solutions. Nevertheless, it has some cool features that you can benefit from. Developers choose JS for its clean HTML and object-oriented-programming.

Note: We have a team of excellent front-end developers. You can see our portfolio for previous projects.